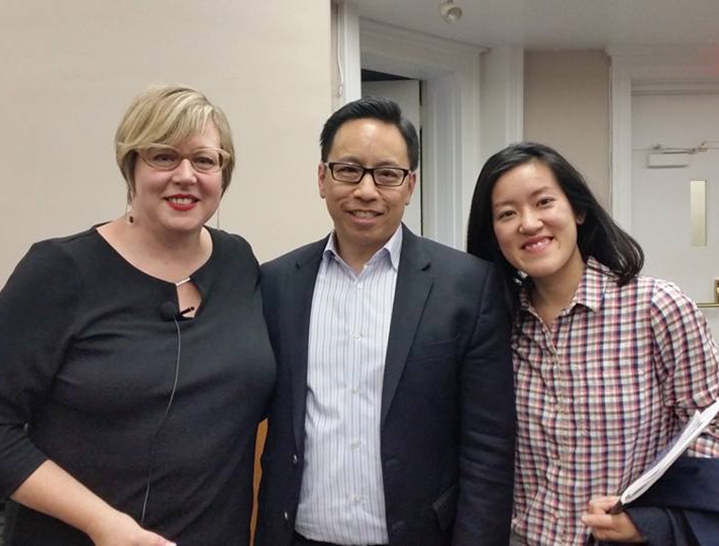 On May 18th, PCDC’s Executive Director John Chin was invited to speak at the Historical Society of Pennsylvania’s second #SummerBookChats event to discuss Ethnic Renewal in Philadelphia Chinatown by Kathryn E. Wilson. Fellow speakers included Mary Yee, a founder of the original Save Chinatown movement, and Wilson, an Associate Professor of History at Georgia State University and long-time historian of the Philadelphia Chinatown area.

Wilson’s book chronicles the grassroots social justice movement in 1960s Chinatown in the face of displacement and urban renewal projects, most famously the Vine Street Expressway project. Plans for the Vine Street Expressway threatened to demolish the Holy Redeemer Church and School, and reduced many resident homes to rubble. Activism from immigrant Chinese in the face of government ordinance was previously unheard of, and was characteristic of a turning point in American history, previously defined by government-sanctioned discrimination, most famously in the form of the Chinese Exclusion Acts. The pressure from forces seeking to turn Chinatown into another part of commercial Center City catalyzed the birth of community organizations like PCDC.

Chin spoke of his childhood growing up in the neighborhood, his feeling that Chinatown was a safe cultural haven, even as it was threatened by projects including a commuter railway, a prison, and a baseball stadium, into the early 2000s. Chin also warned against gentrification of the neighborhood, a more subtle threat to force the Chinese out of Chinatown. “It is more important than ever that we work to keep Chinatown affordable,” said Chin.

If you are interested in learning more about Philadelphia Chinatown’s unique social justice roots, the Chinatown-themed issue of Pennsylvania Legacies features articles by all the speakers can be found online at https://issuu.com/historical_pa/docs/legacies_may2012_forweb