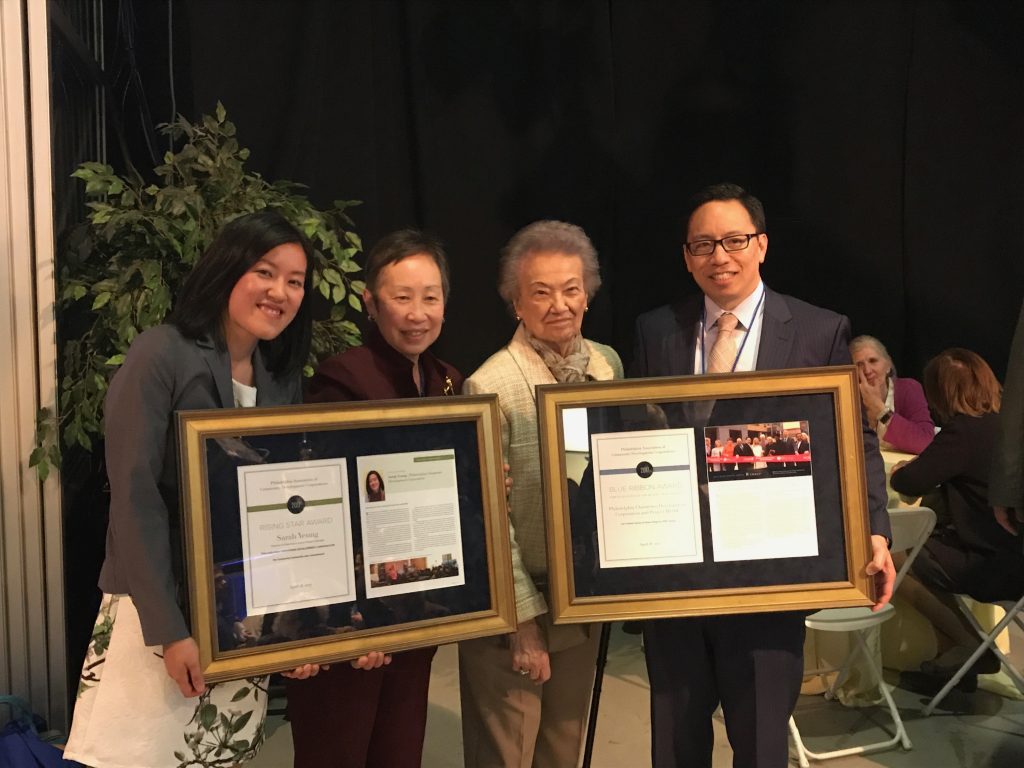 Sarah Yeung has worked tirelessly with PCDC, heralding many of the organization’s recent major successes including, in 2016, the U.S. DOT’s Every Place Counts Award to reimagine the Vine Street Expressway as a neighborhood-friendly street, the formation of the Coalition of Fair Housing in response to Philadelphia’s Affirmatively Furthering Fair Housing process, and securing the Federal Home Loan Bank AHP Grant for PCDC’s 12th Street Family Home scattered site affordable housing rental project. Sarah is also the project manager of the Eastern Tower Community Center, the largest building project to be carried out by a CDC in Philadelphia.

Francis House of Peace, Ping An House (平安樓) is a culturally-integrative affordable housing project jointly developed by PCDC and Project HOME. Over half of the residents were formerly homeless; the other half are low-income and at-risk; a significant percentage of residents and staff come from the Chinatown community. This collaboration between a citywide nonprofit and a community-based organization helped the project connect with Philadelphia’s most needy, and then integrated them into their new community. “The essence of this project is mindful cooperation and cross-cultural program,” said PCDC Deputy Director Rachel Mak.

These awards mark a very successful and forward-looking year for PCDC, which has made significant breakthroughs in its housing developments, and is in the process of drafting an updated Chinatown Neighborhood Plan.