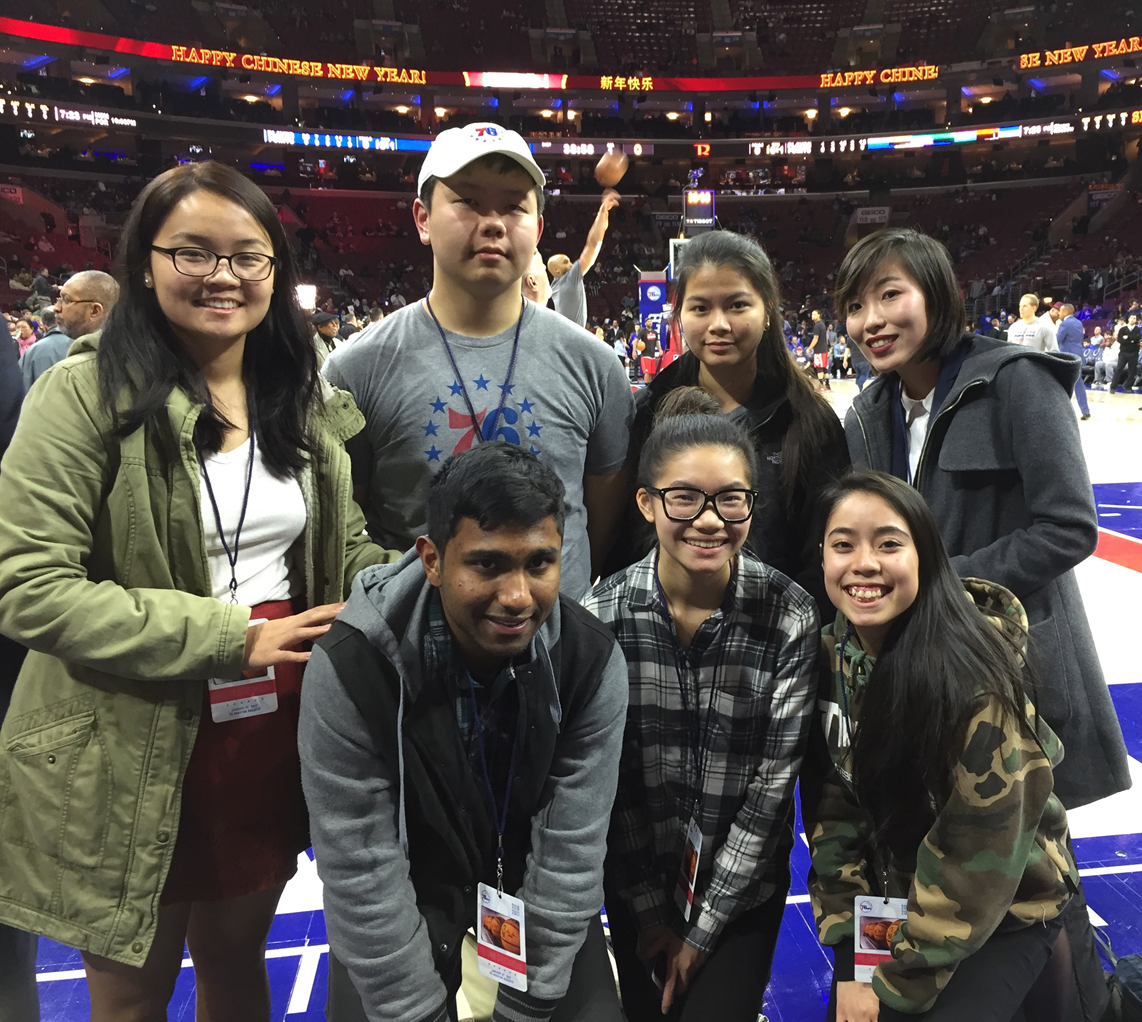 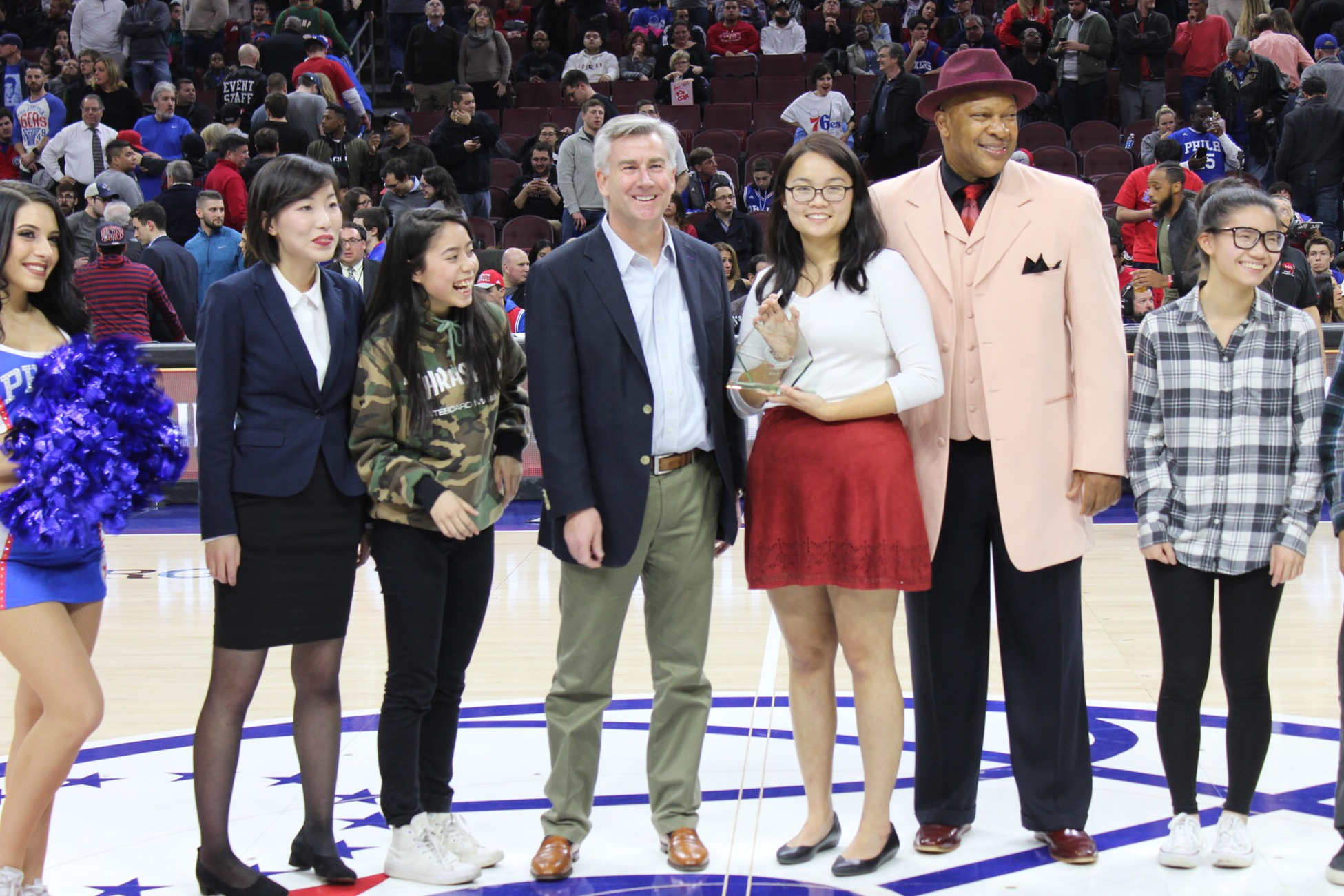 On Friday, January 27, PCDC was honored to be chosen for the 76ers Game Changer Award for extraordinary youth mentorship during the sold-out 76ers game against the Houston Rockets. 7 students from PCDC’s Teen Club were invited to the game and enjoyed a thrilling behind-the-scenes experience courtesy of the team.

Students were given VIP passes to join the players on the court during pre-game warmups. It was delightful to see the excitement on their faces as they brushed shoulders with Allen Iverson. They then enjoyed the game from a private booth. This was a first-time experience for many of the youth and a unforgettable way to ring in Chinese New Year.

The Philadelphia 76ers have contributed significantly over the years to youth programs in Chinatown and are long-time partners. PCDC is honored by the team’s commitment to the community.