From the end of January into the beginning of February, Chinatown’s streets were lively with firecrackers and lion dances. On Saturday, February 4th, PCDC partnered with Reading Terminal Market for another year of Chinese New Year Celebrations. Kicking off celebrations, the United States Postal Service unveiled their Chinese New Year stamp. The members of On Lok House’s Taichi group performed a beautiful piece in the Market’s Rick Nichols room and the Philadelphia Suns brought a raucous lion dance through the different stores and restaurants within Reading Terminal. 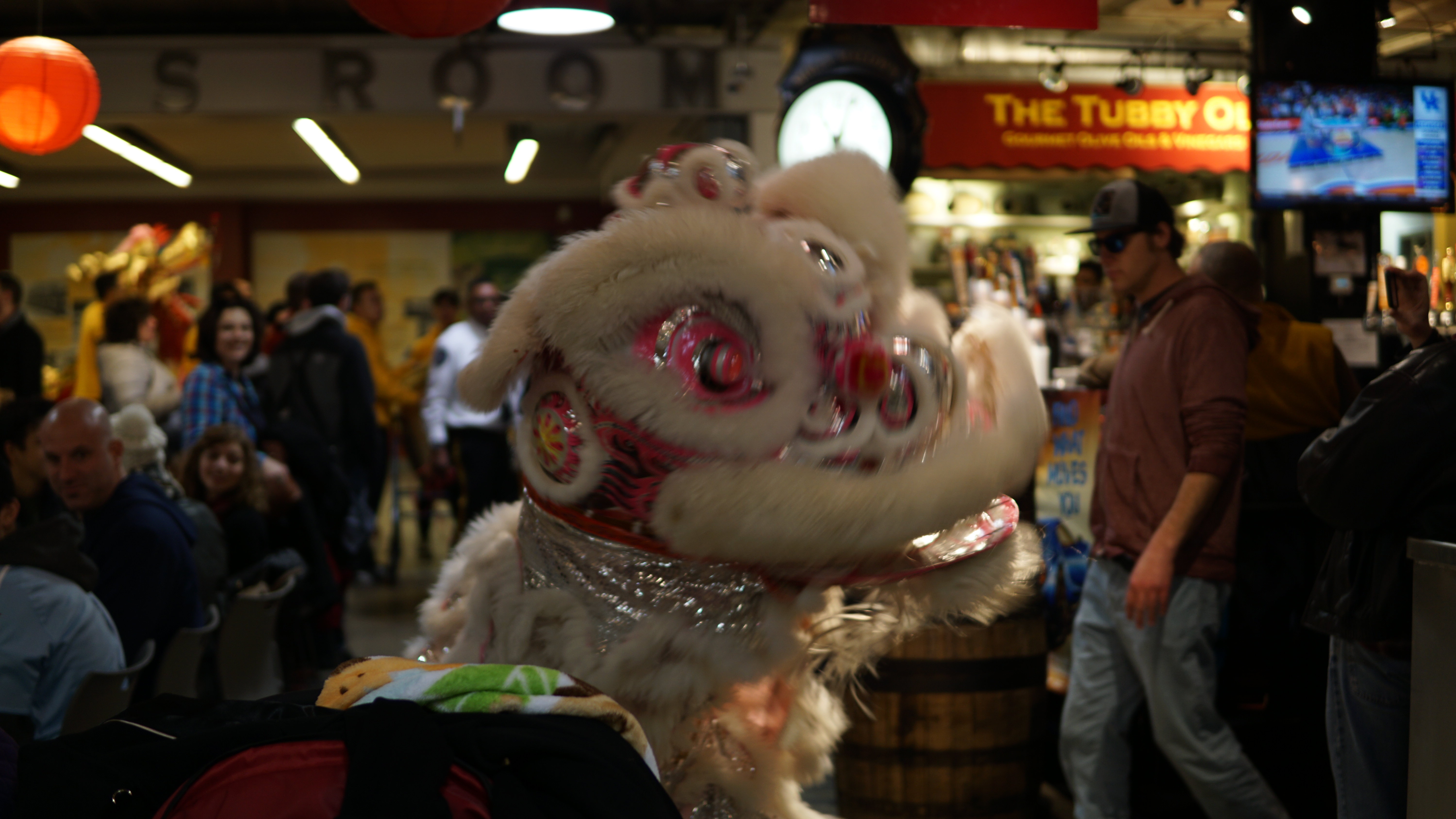 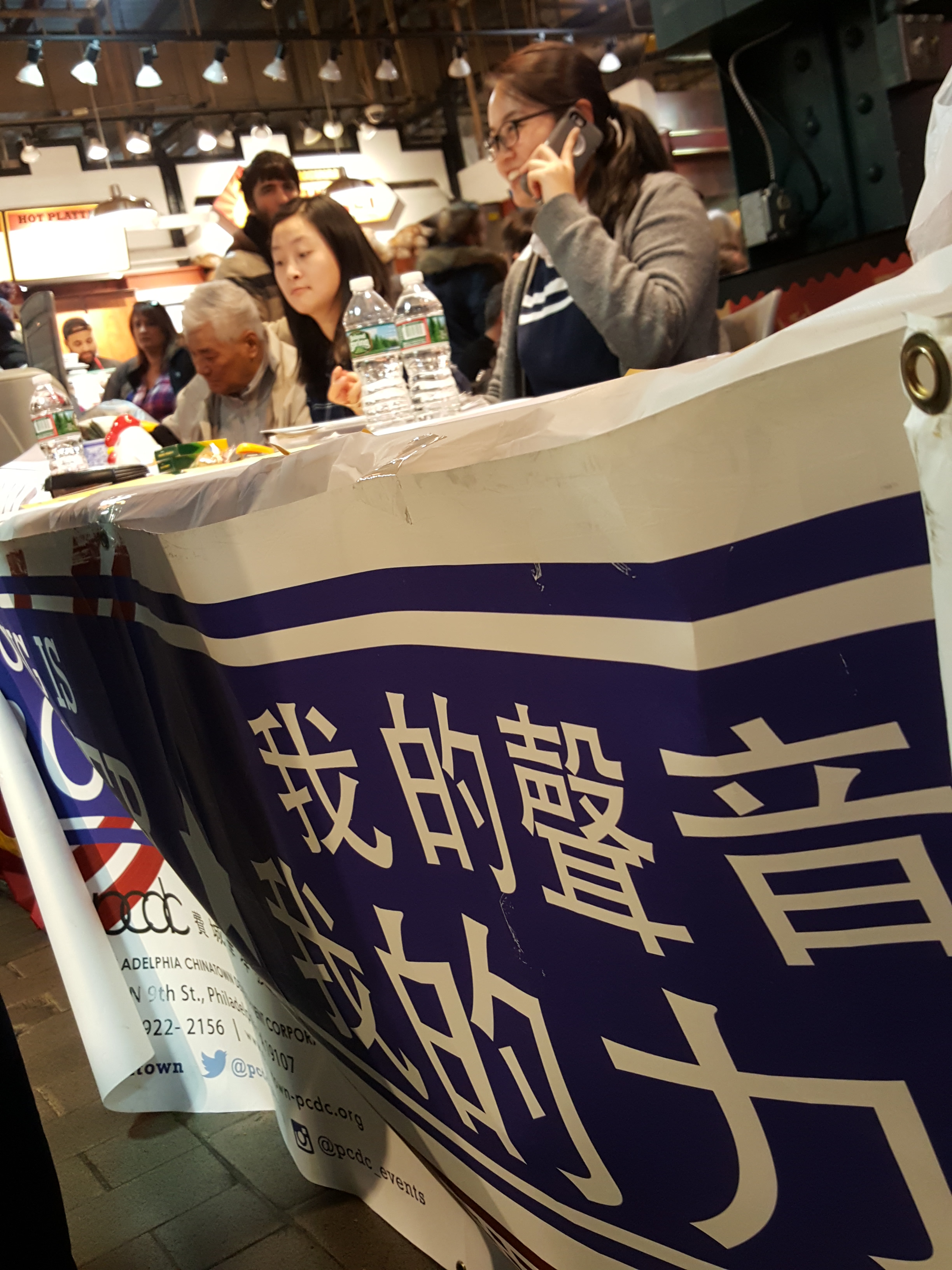 In Chinese tradition, the New Year is meant to be a time of reconnecting with loved ones, holding large festivities, and eating until you burst. And it was no different on Saturday at the market. With enormous crowds coming into the market during lunch time, people were excited to see Mr. Pan, a local calligrapher, write out Chinese wishes and blessings on bright red
paper, and to see the talented group of students from the Chinese Art Center in Philadelphia who played on traditional
instruments such as the ‘guzheng’ and the ‘erhu’.

As for food, members of Yin Meets Yang made both boiled and pan-fried dumplings at the City Kitchen. With the guidance of lead of coordinator, Ms. Alice Ye, visitors were able to learn how to wrap and cook dumplings. Throughout the day, PCDC, with the help of volunteers from Drexel University’s S.A.S.E organization and Chinese for Families, also provided Chinatown brochures, craft activities, and voter registration forms to attendees of the event.